It is not much more than 100 years ago that shippers of many liquids switched from barrel to bulk carriage of oil. The decline in the cooper’s trade mirrored the rise in the bulk tanker’s development. Early tankers were coal-driven and had auxiliary sails. Loading and measurement were rudimentary and controlled by men signalling with flags for example.

Who could then have envisaged that the modest 3000 ton capacity "giant" as it was then perceived would grow to the oil carrying leviathans of up to 500,000 ton capacity that exist today? But then who could have forecast the need? Powered flight did not exist, nor did the motor car. Pollution concerns in the major cities centred on outflow from horses. Trains and ships ran on King Coal.

All this was soon to change and enterprising ship owners caught the mood. Oil companies like Standard Oil of USA - later to be broken up into competing entities - developed their fleets, and so did some independent shipowners, seeing an opportunity in this trade as in all others.

All did not always go well for these investors and the vagaries of the market produced down swings as well as up. The Wall Street Crash of 1929 and the sharp drop in worldwide economic activity that followed led to unemployment and dropping freight rates for tankers.

The tanker industry has largely avoided "Conferences", the co-operation agreements of the type that operate in the scheduled liner trade. Tanker chartering is cited by economists as one of the very few examples of "perfect competition" - the price is set purely by negotiation between buyer and seller of the service without regulation of outside bodies or rules. This explains why when supply of tankers exceeds demand, there is nothing to stop the price negotiated by the customers - the charterers - being driven right down to the floor.

The early 1930s was such a time for the tanker owners, and adversity led them to explore ways to co-operate. HT Schierwater, an enterprising citizen of Liverpool whose own produce brokerage had been a victim of the 1929 Crash, had joined British tanker owner United Molasses, later to develop into Athel Line, first in its Liverpool office and then in London.

Schierwater pioneered a plan to even the tanker supply-demand balance by cutting the number of tankers available to trade. The Schierwater Plan involved mothballing surplus tankers. The vessels that remained in trade would, from the expected higher freight returns, contribute 10% of their freight income to reward the owners of ships that had been mothballed.

The Schierwater Plan was given additional bite because the oil company charterers, concerned that the quality of the tanker stock should not fall due to underfunding, supported it and gave charter preference to ships entered into the scheme.

The seeds of a co-operation between independent owners led to other opportunities to work together. On February 28 1934 the International Tanker Owners’ Association was inaugurated, with Schierwater its first Chairman, "to establish a medium for tanker owners to exchange information and opinions and to deal with the oversupply of tanker tonnage which depressed the market at the time" as shipowner Erling Næss reflected in his autobiography.

The Schierwater Plan was the first such scheme of active co-operation among tanker owners to work. Although attempts were made to repeat its formula, no other scheme had the same results.

Whether its success was due to the participation of all parts of the industry, the forbearance of United States’ anti-trust authorities or the recovery of economic activity and then the onset of World War Two in 1939 is open to debate.

Post-war, the massive reduction of tanker tonnage through sinking led to good times for tanker owners shipping oil from America and the Middle East to power the rebuilding of Europe.

The Association was reassembled in 1949 by Schierwater, and elected RRS (Reginald) Cook of Hunting & Son, Newcastle, as its Chairman – a post he held until 1967. The Association continued to meet, but in times of prosperity the meetings were more social than businesslike. Records show many involved dinners and golf matches between Britain and Norway.

Despite the apparent success of the Schierwater Plan, there had been considerable doubts among some owners about its market effects. The continuing opposition resulted in the Association, which was the Plan’s custodian, deciding in 1955 that a 76% vote of Members in favour would be required to revive a mothballing plan.

In 1956, Egypt President Gamal Abdel Nasser Hussein nationalised the Franco-British Suez Canal, leading to its closure and vastly increasing the length of tanker voyages from the Middle East oil wells to industrial Europe, and back again in ballast.

Increased demand for tanker service brought good times but in 1957 the Canal opened again, now under Egyptian control, and the freight market fell away.

By 1962, after several years of poor freight rates, the Association was actively discussing a fresh mothballing plan modelled on Schierwater.

The International Tanker Recovery Scheme was offered to owners and oil companies to improve conditions in the industry. European oil companies British Petroleum and Shell were ready to back the scheme as the oil industry had backed Schierwater, but this time the Americans were having none of it. 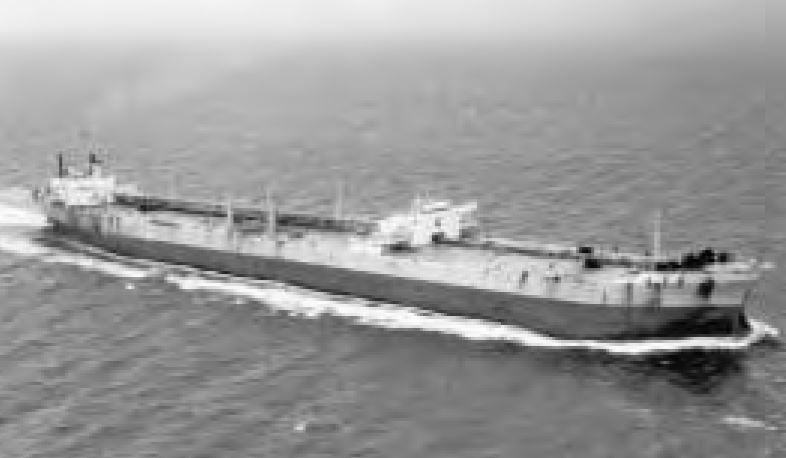 Nonetheless, the Association pressed on with the plan and at its peak in the summer of 1964 some 80 tankers (1.5 million tons of carrying capacity) were in lay-up under the scheme. However, the lay-up was short-term and seasonal and all these ships left lay-up to trade in the winter of 1964/65. In 1967 the Suez Canal was again closed by the Arab-Israeli war.

Lay-up schemes were not the only objective of the Association. Erling Næss and Norwegian shipowner Jørgen Jahre promoted a Shipbuilders and Shipowner Collaboration Scheme in the 1960s to limit building of surplus tankers. The European shipbuilders were ready to support the scheme but the Far East builders, dominated by the Japanese, who were busy establishing themselves as the controlling force in world shipbuilding were unwilling to back it and it failed.

The Association was active in attempts to harmonise safety requirements for tankers and to standardise equipment needs in different oil ports and terminals. These were the days before a true international body for maritime affairs. The United Nations was only brought into being late in the 1940s. The Convention creating the Intergovernmental Maritime Consultative Organisation, the forerunner of the International Maritime Organisation (IMO) was drawn up in 1948 but not brought into effect until 1958/59. Shipping traffic was regulated by national rules and occasional bipartite treaties. The need for worldwide agreement on ship operation and equipment for a class of ship trading in a hazardous product to all corners of the world was readily apparent to the Association.

Following the stranding of the tanker Torrey Canyon on the British coast in 1967, and outcries about clean-up of oil spills and compensation for the victims of the pollution, discussions started among tanker owner to form a voluntary agreement accepting liability and providing compensation funds, through insurance.

The International Tanker Owners’ Association was active in these discussions which led to the creation of the Tanker Owners’ Voluntary Agreement concerning the Liability for Oil Pollution, or TOVALOP.

The International Tanker Owners’ Association was headquartered in London, signifying the continued strength of the British merchant fleet. Its Membership was international but the leading positions were those of the British tanker owners Hunting’s of Newcastle, Athel Line, P&O and Erling Næss’ Anglo Nordic.

The Association worked closely with the leading bodies of British shipping and with the London-based oil companies. Indeed, when in the 1960s the senior manager in BP’s shipping operations, Houston Jackson, retired from BP he was signed to Hunting’s and elected Chairman of the Association in succession to Reginald Cook.

Many of the British Members were liner companies with tanker departments or sections closely monitored by the United Kingdom Chamber of Shipping. This led the more specialist tanker owners to become restless and concerned that other interests were limiting the effectiveness of the Association.

The 1967 closure of the Suez Canal had rendered the Recovery Scheme unnecessary. The Association’s agenda had therefore shrunk and the opportunity arose for these independent tanker owners to recreate the Association on finer lines and with more independence from other influences.

Although some of the Association’s Members resisted, the Association was wound up in London. Largely inspired by Jørgen Jahre, INTERTANKO, the International Association of Independent Tanker Owners, opened in Oslo at an inaugural meeting on 21 October 1970.